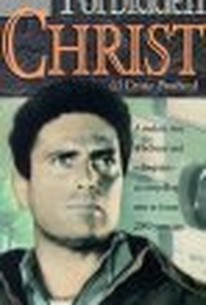 Strange Deception combines a standard revenge tale with a postwar reenactment of the first four books of the New Testament. Freshly released from a Russian POW camp, Italian soldier Raf Vallone tries to discover who betrayed his brother to the Nazis. Alain Cuny is an enigmatic carpenter who has confessed to causing the brother's death. Cuny is slain by Vallone, whereupon it is revealed that the carpenter sacrificed himself on behalf of the real culprit, Phillipe Lemaire. Vallone catches up with Lemaire, but is unable to kill him, thanks to the Christlike example of Cuny. Originally titled Il Cristo Proibito (The Forbidden Christ, just so we don't miss the point), this film represented the movie directorial debut of novelist Curzio Malaparte, who also wrote the musical score. ~ Hal Erickson, Rovi

Gino Cervi
as The Sexton

Ernesta Rosmino
as The Old Woman

Luigi Tosi
as Andrea
View All

There are no featured reviews for Il Cristo Proibito (The Forbidden Christ) (Strange Deception) at this time.