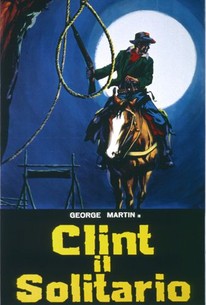 This sequel to the popular spaghetti western "Clint the Stranger" was released four years after the success of the first film and essentially uses the same plot. George Martin returns as Clint (renamed Trinity in some countries), an ex-gunslinger desperately wanting to be forgiven and accepted by his family that he abandoned years earlier. One major differences in the plot when compared to the first film is the addition of Klaus Kinski as a ruthless bounty hunter. The bounty hunter tracks Clint down and forces him to return to his violent ways to protect himself and his family.

There are no critic reviews yet for Il ritorno di Clint il solitario (A Noose Is Waiting for You Trinity). Keep checking Rotten Tomatoes for updates!

There are no featured audience reviews yet. Click the link below to see what others say about Il ritorno di Clint il solitario (A Noose Is Waiting for You Trinity)!