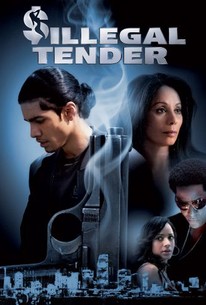 A Latino teen with a bright future is forced to battle the sins of the past when the thugs who killed his father return to finish off the rest of the family. College student Wilson De Leon, Kr. (Rick Gonzalez) has an adoring girlfriend and a doting mother, but never once has he been compelled to stand up for what he believes in. When gangsters killed Wilson's father, his mother Wanda (Wanda De Jesus) was forced to flee from her home in order to protect her two sons. From that point on, Wanda determined to give her boys the best life possible. Now that past has returned with a vengeance, but Wanda isn't running anymore. As the murderous gangsters attempt to finish the job that they started by killing Wilson's father, mother and son combine their wits to turn the tables on their tormentors and stand their ground. Empire director Franc Reyes writes and directs a thriller produced by John Singleton.

Selenis Leyva
as Wanda
View All

More care seems to have been taken with the cut of Gonzalez's sideburns than with the shape of the story, and the hyperbolic soundtrack does most of the work of the mise en scene.

What in God's name was going on with this movie?

For a film about growing up, Illegal Tender loses itself in a lot of silly juvenilia.

Plenty of movies have combined a blazing-guns revenge story with a family dynamics drama, but Illegal Tender never gets the mixture right, lurching between bullet-happy shootouts and overwrought domestic content.

Clearly aware of the impact of visual style on the narrative, Jonathan Ogilvie uses a stylised 1920 Australian setting for a love triangle that involves all the basic drivers of human frailty

This is a story that sizzles with its themes of corruption, infidelity, racism and power. But there's a vital flaw ...

There are so many chances for Illegal Tender to get things right that it's depressing to realize that it misses all of them.

You know the film is off to a paltry start when you see the rookie Rick Gonzalez attempt to strut bad-boy, awww-yeah stuff. Instead, he feels like a 21-year-old boy just going through puberty.

Wilson Deleon Jr. (Rick Gonzalez) is the son of a slain drug dealer, whose killers still have every intention of wiping out the rest of the Deleon family 20 plus years later. After his family's location is discovered, Wilson is thrust into a situation in which he must leave his home and adoring girl friend and confront his assailants while learning more about the father he never knew. Wanda De Jesus plays the woman protecting her children who just happens to know how to shoot and will do anything to protect her children. It's finally time to take action and now, they're done running.

There are so many chances for Illegal Tender to get things right that it's depressing to realize that it misses all of them.

This movie was interesting...the time span...the past affecting the future...it's all here. Shows the importance of communication between the last generation and this generation regardless of whose in the wrong...family first!

A History of Violence by way of Bronx, with props to Wanda De Jesus.