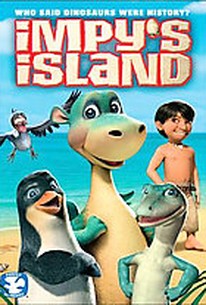 German animators Reinhard Klooss and Holger Tappe co-helm the CG animated family film Impy's Island. In the picture, four talking animals - a lizard, a penguin, an East African shoebill and the shoebill's adopted son - all belong to a "school" of island animals run by one Professor Tiberton. The story begins when the animals spot an egg floating by on an iceberg. It hatches, and out pops a baby dinosaur called Impy. The animals are delighted, but must soon protect their little friend from being kidnapped by a king who wants to collect Impy as a trophy.

There are no featured reviews for Impy's Island at this time.