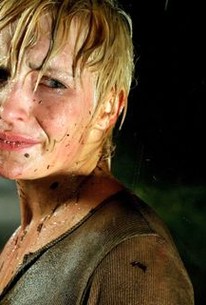 A woman who narrowly escaped death at the hands of a crazed killer finds herself in peril once again in this sequel to Andreas Prochaska's international horror hit. Nina Wagner (Sabrina Reiter) has graduated from college and taken a job at a music shop in Vienna, but she's still haunted by memories of the "Monster of Ebensee," a deranged serial murderer who claimed the lives of several of her friends and nearly killed Nina. When Nina learns the killer was found dead, she's certain her nightmare is over at last, but she soon begins having recurring dreams in which her close friend Mona (Julia Rosa Stockl) dies a terrible death while screaming for help. Nina pays a visit to her old home town of Ebensee to see if Mona is all right, but finds Mona has recently moved elsewhere, and without a place to stay, Nina checks into a hotel run by eccentric Gerti (Barbara Weber) and her three sons. Nina is unaware that one of Gerti's boys, Josef (Philipp Rudig), is a sexual deviate and convicted murderer, and history soon repeats itself as Josef begins a new reign of terror in Ebensee, seizing Nina and leaving a trail of carnage in his wake. In 3 Tagen Bist Du Tot 2 (aka Dead In Three Days 2) also stars Andreas Kiendl, who reprises his role as a policeman on the trail of Ebensee's multiple murderers.

Michou Friesz
as Elisabeth
View All

There are no critic reviews yet for In 3 Tagen bist du tot 2 (Dead in 3 Days 2). Keep checking Rotten Tomatoes for updates!

While the original was a BIG let down, this sequel has completely different story, the first was a slasher and this is a surviving horror flix. The movie has good acting and directing and delivers thrills and gore scenes. Worth a check.