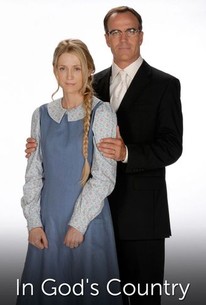 In God's Country is a modern day story of slavery. Young women ignored by the police and protected by "freedom of religion" are trapped in polygamous communities scattered throughout North America. Judith Joseph is one of them. Despite being raised under the watchful eyes of "God's Keepers" and knowing no other life, Judith realises she cannot watch her sixteen year old daughter succumb to the same fate she was born into. Desperate, with no other resources and no connections, Judith sets her house on fire and escapes with her five children. Alone, on the "outside", Judith is ill equipped to handle the challenges facing her, but she's determined to build a life. As she struggles to feed her family, Judith's daughter naively runs back to the community they've just escaped. Judith knows that if she doesn't intervene her own daughter will end up married to her former husband. Even knowing she is no match for the powerful men who call themselves prophets, Judith refuses to turn her back on her daughter. This is the story of Judith's remarkable journey. Her heroic escape from the polygamous community is just the beginning... To save her daughter's life she's got to go back.

Marc Strange
as The Prophet

Kristopher Turner
as Jamie
View All

Critic Reviews for In God's Country (The Ultimate Sin)

There are no critic reviews yet for In God's Country (The Ultimate Sin). Keep checking Rotten Tomatoes for updates!

Audience Reviews for In God's Country (The Ultimate Sin)