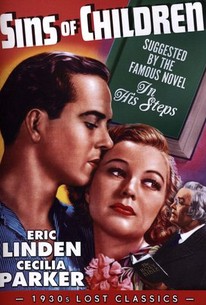 Adapted by director Karl Brown from a novel by Charles M. Sheldon, In His Steps was the first release from the newly formed Grand National Pictures. Eric Linden and Cecilia Parker, a popular screen team of the era, are cast as wealthy young couple Tom Carver and Ruth Brewster. Flying in the face of parental disapproval, Tom and Ruth elope, whereupon their families cut them off without a dime. Undaunted, the newlyweds literally return to the soil as tenant farmers, discovering through various and sundry setbacks and deprivations how much they truly love one another. Weaving in and out of the story is a firm but kindly deacon (Harry Beresford), who functions as both father confessor and guardian angel for the young hero and heroine. In His Steps was later reissued as Sins of the Children.

Stanley Andrews
as Broderick
View All

Critic Reviews for In His Steps

There are no featured reviews for In His Steps at this time.

In His Steps Quotes