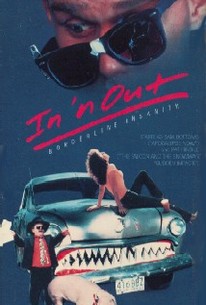 Cultural differences serve as a point of humor in this comedy about an American (Sam Bottoms) who is called down to Mexico for an inexplicable reason -- he is invited to attend the funeral of his father who actually died some 30 years earlier. He takes off from his home in California and after crossing the border he goes through one difficulty after another, all of which get him sent back home. Unwilling to give up easily, he heads back for a final sojourn because life just isn't as interesting stateside.

Critic Reviews for In 'n Out

There are no critic reviews yet for In 'n Out. Keep checking Rotten Tomatoes for updates!

There are no featured reviews for In 'n Out at this time.

In 'n Out Quotes