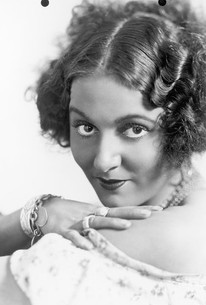 Warner Baxter, sporting a black mustache and a musical-comedy Mexican accent, stars as the Cisco Kid, the "Robin Hood of the Old West" created by O. Henry. Edmund Lowe co-stars as Cisco's "friendly enemy" Sgt. Mickey Dunne, the role that was originally to have gone to Raoul Walsh. Both men are madly in love with dusky beauty Tonia Maria (Dorothy Burgess), and in fact Cisco is so "far gone" that he composes a song in the girl's honor (actually, "My Tonia", first heard during the opening credits, was written by Fox studio tunesmiths Lew Brown, B.G. DeSylva and Ray Henderson). Alas, Tonia ends up betraying Cisco to Sgt. Burke. But the crafty, cold-blooded Cisco arranges for Tonia to be killed in the trap set for him (this plot resolution is faithful to O. Henry's original conception of the Cisco Kid, who wasn't really meant to be a "good guy"). ~ Hal Erickson, Rovi

Warner Baxter
as The Cisco Kid

Critic Reviews for In Old Arizona

It's the first outdoor talker and a western, with a climax twist to make the story stand out from the usual hill and dale thesis.

The first major Western in sound...One can occasionally feel the filmmakers showing off the technology, with close-ups of a crying baby or sizzling ham and eggs. [Blu-ray]

Famous for being the first major sound western, this picture made progressive use of exterior sound and photography.

Warner Baxter, better known as the dying producer in 42nd Street, won Best Actor Oscar as the Cisco Kid in this primitivee Western, most of which takes place indoorse.

Walsh presents the action in his usual clear, well-paced and exciting manner.

If it appears that I'm being too hard on this film, one doesn't have to look very far to see far superior films, both sound and silent, released around the same time.

Audience Reviews for In Old Arizona

Lost in the annals of history is this early film that doesn't stretch the use of film making. The westerns that followed easily make this one forgettable.

Charming performance by Baxter as the suave bandit The Cisco Kid. Lowe and Burgess overact in the way common to stage or silent movie actors making the transition to talkies (though this is Burgess's screen debut). The use of songs is natural as the characters whistle to themselves or sing to pass the time with a few friends. The western scenery and interior decorations make for great period detail. Some amusing moments and surprising seductiveness from Burgess make this an entertaining little picture.