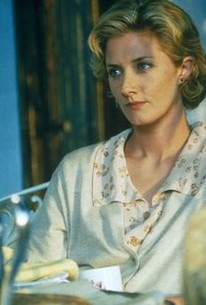 In the Shadows Photos

Meg Richman made her feature directorial debut with this modernization of Henry James' Wings of the Dove, set in Seattle where musician Cynthia (Molly Parker) breaks up with drug-addict Buck (Aden Young). After Cynthia answers an ad for a live-in caretaker, she meets Eleanor Dunston (Joely Richardson), who is dying of cancer. The two becomes friends, despite Cynthia's obvious envy of Eleanor's life of luxury at her large estate. Realizing that she still loves Buck, she introduces him to Eleanor as her half-brother, and he gets work as a gardener on the grounds. Observing Eleanor's interest in Buck, she moves to manipulate the situation and has the reluctant Buck begin a relationship with Eleanor. Made for telecasting by Showtime, this feature was shown at the 1998 Sundance film Festival.

Critic Reviews for In the Shadows

There are no critic reviews yet for In the Shadows. Keep checking Rotten Tomatoes for updates!

There are no featured reviews for In the Shadows at this time.

In the Shadows Quotes