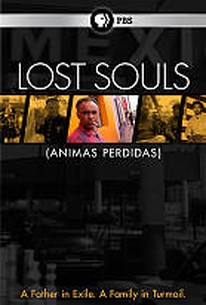 This deeply intimate and personal documentary represents a co-production of The Independent Television Service and Boston's PBS affiliate, WGBH. It follows filmmaker Monika Navarro as she embarks on an excruciatingly painful, eight-year psychological journey to understand the complexities of her dysfunctional family. The family history at hand is riddled with such issues as deportation, substance abuse, absent fathers, and a host of other complications. Navarro begins her quest for comprehension by reconnecting with her estranged Uncle Augie, an act that helps her deal with the pain of her own father's familial abandonment; Augie, it seems, was himself a drug addict who got deported to Mexico and attempted to rebuild a life for himself in the years that followed his brother's lethal heroin overdose. In time, Navarro's personal transition evolves from a psychological and emotional one to a geographic journey, that transports her between San Diego, Guadalajara and Tijuana. The film as a whole bears witness to the colossal struggle endured by drug abusers and the critical role that emotional support plays in breaking the nasty cycle of addiction.

There are no critic reviews yet for Lost Souls (Animas Perdidas). Keep checking Rotten Tomatoes for updates!

There are no featured reviews for Lost Souls (Animas Perdidas) at this time.