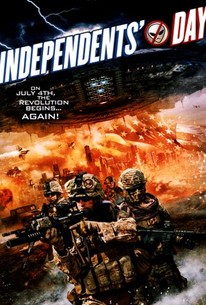 In the aftermath of an extraterrestrial invasion that wreaks havoc across the United States, a newly sworn-in president (Fay Gauthier) must lead a maverick band of commandos to fight back against the alien intruders' plan to relocate the human race to another planet.

Jude B. Lanston
as Agent Taylor

Matthew Riley
as Bobby
View All

There are no critic reviews yet for Independents' Day. Keep checking Rotten Tomatoes for updates!

There are no featured audience reviews yet. Click the link below to see what others say about Independents' Day!