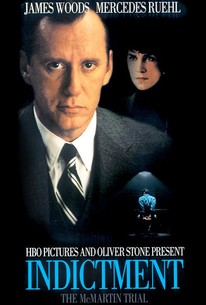 Originally broadcast on HBO, Indictment: The McMartin Trial is a docudrama concerning the infamous McMartin child abuse case. In 1984, seven employees of Los Angeles' prestigious McMartin Preschool, including four members of the McMartin family, were arrested and charged with child abuse and sexual molestation. The film centers on the story of lawyer Danny Davis, an opportunistic attorney who agrees to defend the McMartins. Initially, Davis takes the case solely for the publicity, but as he investigates further, he becomes convinced of his clients' innocence. Meanwhile, however, the family is pronounced guilty by the media, which airs heated allegations of "Satanic rituals" and a "nationwide conspiracy of sexual predators," in an increasing frenzy that the film compares to a modern-day witch trial. To convince the jury of the falsehood of these charges, however, he must overcome opposition from zealous prosecutor Lael Rubin and discredit Kee McFarlane, the child therapist that Davis believes has unfairly manipulated the McMartin Preschool children into giving damaging testimony. At the time of its airing, the film met with controversy; while some found its case convincing, others alleged that the filmmakers were unfairly biased in favor of the McMartin family.

Patricia Belcher
as Juror No. 1

Blake Molino Clausen
as Kid No. 5

Taylor Gilbert
as Reporter No. 1

Michael Haney
as Reporter No. 14

Austin Kottke
as Kid No. 4

Annie La Russa
as Reporter No. 11

Greg Lauren
as Reporter No. 7

Richard B. Lemberger
as Concession Vendor

Kevin Malaro
as Kid No. 3

Adam Meadows
as Kid No. 8

Michael Monks
as Juror No. 3

Jessica Needham
as Kid No. 1

Heather Ramsay
as Kid No. 9

June Saruwatari
as Reporter No. 9

Tony Simotes
as Reporter No. 13

Charlie Stavola
as Juror No. 2

Shane Sweet
as Kid No. 2

Kevin Symons
as Reporter No. 12

David Whalen
as Reporter No. 5

Bernard White
as Reporter No. 10

Sanders Witkow
as Kid No. 7
View All

There are no critic reviews yet for Indictment: The McMartin Trial. Keep checking Rotten Tomatoes for updates!

Very well done, and sickening........Amazing that I remember this news media frenzy story back when they were arrested. It was everywhere. What wasn't everywhere was how it all turned out. Where was the news media frenzy then? Not interesting enough by then? On to the next sensational story? Injustice like this just seems so surreal to me, but it seems to happen over and over. "Justice for all"? "Innocent until proven guilty"? Empty phrases, apparently...