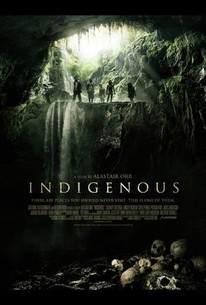 Friends vacationing in Panama discover a den of deadly creatures in the jungle after their guide disappears.

You guys have no idea how excited I was to see a chupacabra movie, and all they gave me was one of the mole-men from The Descent with an extra long tongue. What a rip-off.