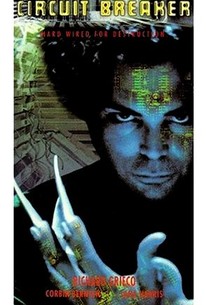 Here's something new in the annals of made-for-cable movies: a dysfunctional family of three in outer space. Coming across a derelict spaceship, Foster Carver (Corbin Bernsen), his wife, Katrina (Lara Harris), and their daughter, Amy (Brittany Ashton Holmes), rescue the vessel's sole survivor, a handsome fellow named Adam (Richard Grieco). It soon develops that everyone else on the derelict ship has been murdered, and that Adam is an android who has been programmed without morals or conscience -- as proven when Adam brazenly sets about to seduce Katrina and wipe out the rest of her family. An extraterrestrial variation on the old theatrical feature Dead Calm, Inhumanoid originally aired July 23, 1996, as part of the Showtime channel's "Roger Corman Presents" series.

There are no critic reviews yet for Inhumanoid. Keep checking Rotten Tomatoes for updates!

There are no featured reviews for Inhumanoid at this time.