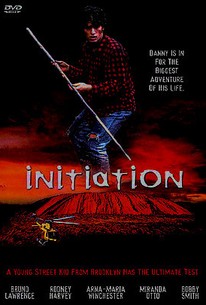 Danny Molloy (Rodney Harvey) is a wisecracking kid from Brooklyn who travels to the Australian outback in this light teen comedy. He searches for his long-lost father Nat (Bruno Lawrence) after the death of his mother. Kulu (Bobby Smith) is an aborigine with psychic powers who warns Danny of impending danger. The prophecy comes true when Danny's drug-running father soon is injured crashing his plane in a remote region of the outback. Anna-Maria Winchester co-stars with Miranda Otto. ~ Dan Pavlides, Rovi

There are no critic reviews yet for Initiation. Keep checking Rotten Tomatoes for updates!

There are no featured reviews for Initiation at this time.