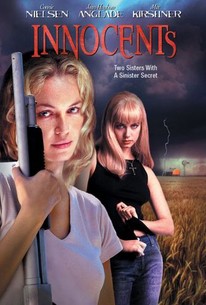 Whilst traveling about the Midwestern region of the United States, cellist Gerard Huxley (Jean-Hugues Anglade) meets two young women, sisters Megan (Connie Nielsen) and Dominique (Mia Kirshner). The women learn that their father has passed on and decide to go to Seattle to inform their mother (Anne Archer) of her newly attained widow status, dragging the naïve Gerard with them. The sisters turn out to have a bad streak a mile wide -- violence and death are left in the trio's tracks, including the killing of a judge (Robert Culp). Even though Gerard is guilty of little more than being in the wrong place at the wrong time, he is in a precarious situation now that he is traveling with killers and, eventually, everyone involved must answer for their deeds.

Severe miscasting ruins what could have been a new indie classic.