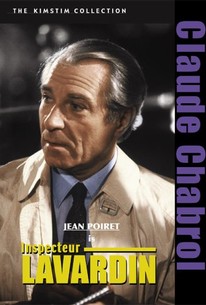 Inspecteur Lavardin is a mellow, take-your-time Claude Chabrol effort of the 1980s, partly financed by French television. Jean Poiret had previously played the role of Inspector Jean Lavardin in the 1984 Chabrol film Poulet au Vinaigre (aka Cop au Vin). This story is built completely around the Lavardin character. The good inspector travels to a small coastal town to investigate the puzzling death of a well-known writer. In the course of his probings, Lavardin inadvertently uncovers several skeletons -- the kind that people keep hidden in their closets. Chabrol co-wrote the screenplay of Inspecteur Lavardin with Dominque Roulet.

Odette Simonneau
as Denise
View All

There are no featured audience reviews yet. Click the link below to see what others say about Inspecteur Lavardin!