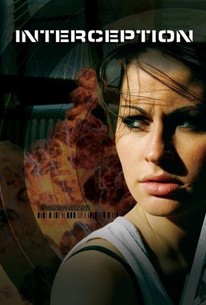 A software engineer teams up with a suspended FBI agent in order to thwart a terrorist group from destroying a major U.S. city in this high-energy, low-budget thriller. A prototype weapon has been stolen from a government facility, and when the key disc required for detonation lands right in his lap, he vows to keep it from falling into the wrong hands. Unfortunately the police are no help, a complication that leaves the programmer with little choice other than to seek out the assistance of a rogue FBI agent. With no time to lose, the pair embarks on a frantic quest to track down the weapon and thwart the terrorist's deadly plans.

We can forgive amateur production values, but not bad writing, and not bad acting.

There are no featured audience reviews yet. Click the link below to see what others say about Interception!