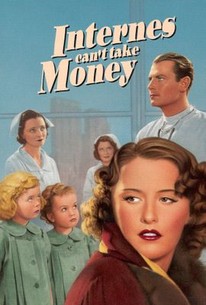 Pulp fiction writer Max Brand's 1936 creation Dr. Kildare made his screen debut in the amiable person of Joel McCrea in this well-received Paramount production. Aided by Janet (Barbara Stanwyck, young Dr. Kildare saves the life of gangster boss Hanlon (Lloyd Nolan), who awards the intern $1,000 for his troubles. Janet, who is being blackmailed by Innes (Stanley Ridges), one of Hanlon's rivals, attempts to steal the money but Kildare catches her and, disillusioned, returns the loot to Hanlon. But when Janet agrees to Innes' lascivious terms, Kildare thinks better of his decision and arranges for Hanlon to take care of the matter. M-G-M later starred Lew Ayres in a series of 17 "Dr. Kildare" programmers and the character resurfaced in the early 1960s in a television series featuring Richard Chamberlain.

May Wallace
as Mother Superior

May Carlson
as Ora

Ellen Drew
as Nurse
View All

Average B programmer that was the first Dr. Kildare film is enhanced by superior cast. Barbara Stanwyck is really the focus of this entry though McCrea makes an earnest Kildare and Lloyd Nolan stands out from the rest of the supporting cast.