Interview with a Hitman2012 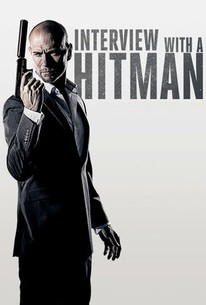 Interview with a Hitman Photos

Romanian hitman Viktor rises up through the ranks thanks to his unique talent for killing, but flees to London to join a new syndicate following a betrayal that leaves him marked for death. Amidst this new environment Viktor's lethal skills are sharpened to perfection, but when an encounter with a beautiful woman presents the promise of a better life, he knows that in order to outrun his past, he'll have to stare death square in the eye.

Critic Reviews for Interview with a Hitman

There are no critic reviews yet for Interview with a Hitman. Keep checking Rotten Tomatoes for updates!

Audience Reviews for Interview with a Hitman

If this movie wasn't a limited release, overseas film, people would be talking about an Academy Award for Best Picture! On the surface it doesn't look like much and the film also starts out painfully slow, but Interview With A Hitman is an incredible story, with some really imaginative twists in it. The story begins with an aging Director, looking for one more chance to be on top. He finds that chance when one of Interpol's most wanted, a career killer, contacts him, and agrees to tell his story. The Director has to jump through some hoops, but once they sit down, the mysterious man starts to tell the story of his life. The man knows nothing but killing, have working for a variety of organized crime outfits since he was 10 years old. From there, the film plays out like any other mafia film you've ever seen, there are shady deals, rats, set-ups, everything you could possibly want in a film about organized crime. Interview With A Hitman does take place in Europe though, and can be somewhat confusing. Thick accents and weird names make following the story a bit tricky at times, and that's the only reason this film didn't receive 5 stars. That being said, the ending more than makes up for it, with a twist that you will never see coming. Luke Goss (Red Widow, Death Race) stars as this stone cold killer and does an excellent job, in a role that really wasn't much of a stretch for him. He always plays these cold, calculating people, and it wouldn't surprise me one bit if he has killed before, Goss is one scary dude. This is the kind of film that will have you thinking about it long after it's over, something every writer hopes to accomplish. When you're going over the events in your mind days after you've seen the film and you are still in awe of what happened, you know you just saw something very special. Label this one a must see movie, because the story really has everything you could want and more.

A brilliant and engagging character driven piece. A riveting and remarkable thriller. It grabs you like you wouldnt beleive with its compelling story and surprisingly effective lead character. Luke Goss gives a electrifying performance, he`s the dark knight of the film but also has a heart and makes you go willingly on his dark, intense and emotional journey. Goss is incrediable to watch, it`s a tremendous movie star performance. An extroadinary triumph from Director, Perry Bhandal. A well-crafted, stylish and sharply entertaining movie. One of this year`s most enduring surprises. A sizzling mixture of suspense, drama and action into one hard-edged thrill-ride. An unfrogettable hit to the gut thats bold, thrilling, tragic and magnificent. This movie is just amazing. Just like from the hot slug of a gun, this film is red-hot. I loved it, even to it`s shocking ending.

Interview with a Hitman Quotes