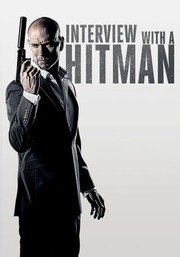 Interview with a Hitman

Interview with a Hitman Reviews

Amy D
March 11, 2016
I loved it. It's a great story with good twists coming right until the end. I'm surprised this movie has not been reviewed yet, but it's a great movie!

November 7, 2015
Even though it shows tremednous potential at starts, "Interview With a Hitman" personally disappoints with lack of character development, predictable story and terrible pacing.

Anthony G
July 13, 2015
seriously....what did he think was going to happen? You murdered the parents of a girl you fell in love with.

David S
March 3, 2015
Pretty good foreign film that had a limited release which is unfortunate because it was rather good. A very character driven film that starts slow but really picks up and twists towards the end. Very underrated

David J
January 13, 2015
Though the film is a bit empty, Luke Goss brings an appropriate, brooding presence to his role.

Herb S
December 24, 2014
I never thought there could be a boring hit-man movie; this is the one.

Matthew P
April 16, 2014
Luke Goss ex-Bross man does a a Jason Stratham but for me a little more style... I enjoyed this. There is a reasonable plot. He maybe a light weight but he does the physical role quite well. Would like to see him in continue the film career.

Usama A
March 1, 2014
The movie was nice gang movie but the ending is bad and expected!

Super Reviewer
Todd S
February 19, 2014
If this movie wasn't a limited release, overseas film, people would be talking about an Academy Award for Best Picture! On the surface it doesn't look like much and the film also starts out painfully slow, but Interview With A Hitman is an incredible story, with some really imaginative twists in it. The story begins with an aging Director, looking for one more chance to be on top. He finds that chance when one of Interpol's most wanted, a career killer, contacts him, and agrees to tell his story. The Director has to jump through some hoops, but once they sit down, the mysterious man starts to tell the story of his life. The man knows nothing but killing, have working for a variety of organized crime outfits since he was 10 years old. From there, the film plays out like any other mafia film you've ever seen, there are shady deals, rats, set-ups, everything you could possibly want in a film about organized crime. Interview With A Hitman does take place in Europe though, and can be somewhat confusing. Thick accents and weird names make following the story a bit tricky at times, and that's the only reason this film didn't receive 5 stars. That being said, the ending more than makes up for it, with a twist that you will never see coming. Luke Goss (Red Widow, Death Race) stars as this stone cold killer and does an excellent job, in a role that really wasn't much of a stretch for him. He always plays these cold, calculating people, and it wouldn't surprise me one bit if he has killed before, Goss is one scary dude. This is the kind of film that will have you thinking about it long after it's over, something every writer hopes to accomplish. When you're going over the events in your mind days after you've seen the film and you are still in awe of what happened, you know you just saw something very special. Label this one a must see movie, because the story really has everything you could want and more.

James C
½ January 5, 2014
I really wish I'd not wasted the aperture of my iris on this motion picture. It's literally the most abysmal thing I've ever had the misfortune of stumbling across.
It also makes me wish I wasn't English, as, unfortunately it was made in England.. Making us all look as though we have no idea about films.

Sean H
December 31, 2013
Slow ... like really slow and the atmospheric music gets on your wick after an hour of it non-stop.

Timbo M
½ November 29, 2013
Good plot, good script, good acting, good locations, good camera work, good lighting. For me the only thing that lets this film down is the sound. No offence to Mark Verner if he is responsible, but some of the dialogue is softly spoken and ruined in some places by the morose and seemingly never ending soundtrack. Don't get me wrong, the music is good and appropriate in places, but it just seems omnipresent. There's no light and shade with it. This could really do with a re-edit, dropping out the music all together in some patches. Let's hear the dialogue and emotion eh?
The final scene probably sums it up for me, and I realise this is probably done on a relatively small budget; shot in a small room with hard walls there's way too much ambient reverb. Come on guys, a few old curtains from a charity shop hung out of shot and you've killed the hideous reverb without the need for an expensive overdub.
Rant over, I did really enjoy the film. If you can get past the sound quality, which in all fairness is not all that bad, you've got a great movie. Well done Perry Bhandal. I like films that don't end with an obvious twist or a deus ex.


Growing up in Romania young Viktor joined organised crime to stay alive and pay off bills. This segment was long, violent without purpose, dreary, boring, and hopefully relevant at some point.

Viktor hopes to align himself with a different crime group in the UK after being betrayed by his old group. Lots of fighting and killing ensues. He gets to meet some of his childhood acquaintances, and deal with an old issue or two.

Does he do better with this group?

Cinematography: 5/10 Good some of the time, but wobbly more often. The sepia segments I could have done without entirely. There were entirely too many minutes spent where no one is doing anything and the horrid music plays.

Sound: 5/10 Yikes. The sound level of conversation tends to be too low, and has accompanying buzz/hiss. This is not an asset. Incidental music is jarring and irritating.

Acting: 5/10 Stale, cliched, boring. I did not believe Luke Goss for a minute. Since he is the centre of the piece, that is rather annoying. The other actors do not make up for it. Versus Daniel Craig, or Matt Damon, or Jason Statham, or Brad Pitt, or Gerard Butler, or even Aaron Eckhart, this guy is an emotionless, empty scarecrow to be blown away. I cannot imagine him accomplishing anything useful.

Kevin L
October 15, 2013
A tour de force performance from Luke Goss, one of Britain's most under looked talents. Check out these other main roles he plays in Blade 2, Hellboy 2 and the Death Race series to profile his martial arts skills and acting prowess! A must see for all action film lovers! 5 out of 5!

LaTisha F
September 30, 2013
Very rarely do movies surprise me. I usually have it figured out bye midpoint of the movie if not sooner. Especially when I get them out the $5 bin at Walmart. I wasn't expecting that ending. So I liked it

Samuel H
August 28, 2013
Pretty crappy acting, dialogue and plot throughout the entire movie until the very end, where they try to tie it all together. Unfortunately, its not very cohesive and moves to quickly from one scene to the other. However, if you want to watch mindless and brutal killings/ see some decent cinematography then its an interesting watch.

Rob P
July 13, 2013
Although the story line was slow it makes up for it with the engagement. I felt it was very engaging.
Page 1 of 3