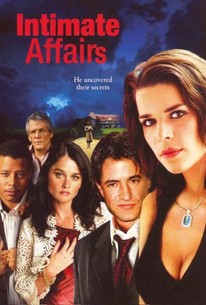 A group of bohemian intellectuals struggle to have an intelligent discussion of perhaps the world's most emotional subject in this comedy-drama from director Alan Rudolph. Edgar (Dermot Mulroney) is an artist living in Paris during the 1920s who believes that sex is a subject of vital importance, but almost no one discusses it with the gravity it deserves. With this in mind, Edgar gathers together a panel of fellow creative types at the home of a wealthy tycoon (Nick Nolte) and his oddly accented spouse (Tuesday Weld) for an evening in which they will discuss their erotic lives without self-serving wit or exaggeration. Joining Edgar for this experiment is an artist from Germany (Til Schweiger), an arrogant film director (Jeremy Davies), a self-obsessed painter (Alan Cumming) whose fey personality may cross the boundaries of Edgar's prohibition of homosexuality as a topic of conversation, and a student from England (Terrence Dashon Howard) who has attracted the eye of a lovely French girl (Julie Delpy) with whom Edgar has fallen in love. Certain that a number of profound thoughts will be shared with the group, Edgar hires a pair of stenographers to record the proceedings, but the presence of the two young and beautiful secretaries -- innocent Alice (Neve Campbell) and provocative Zoe (Robin Tunney) -- has an unexpectedly strong effect on the group. Investigating Sex had its U.S. premiere as the closing night attraction of the 2001 Seattle Film Festival.

Til Schweiger
as Monty

Joseph May
as Roger

Harvey Friedmann
as Carpenter No. 1

Jeff Caster
as Carpenter No. 2

A rambling sex farce without much of a punch line.

This movie has an A list of actors, but is a B movie at best. Perhaps the point of the movie is just beyond me, who knows?

Why in the world would anyone want to pay money to take a course in college about sexual relations??? Sex in the roaring '20's to me grinded to a halt in this one...This was an all star cast waste of film and time. Don't waste your time getting this one....UGH!

Ponderous and pretentious with a group of mostly talented actors (Neve Campbell, who is horrible, being the exception) wasting their and our time. Tuesday came out of retirement for this? Avoid if at all possible!