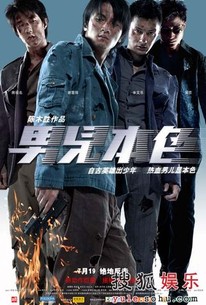 Andy On
as Ronin Tien Yeng-Yee

At their best, Hong Kong actioners are totally fun thrill rides. At their worst, they're boring as hell.

Once again Invisible Target is another Martial Art movie that I've heard great things about, but didn't live up to those expectations much in the same way the Vietnamese Martial Art flick The Rebel. Though unlike The Rebel, Invisible is still a good effort in the genre even if it's nothing new. Invisible Target follows three cops who team up to bring down a criminal gang of seven, who all have their own hidden agenda. The movie brings nothing new to Martial Art genre but it's done well and is largely enjoyable despite being predictable. Though it is largely uneven, the first half is action packed with enough plot to prevent it from feeling just another brainless action film. The second half of the movie is slow with minimal action set pieces, plus it doesn't help that the movie is way to long for it's own good. At two hours it just pads out scenes that are too long and stretched out to the point where you just want to fast forward to the action. The action here is great, although a little too much wire work will take out some viewers from the realism of the movie. The cast acting is almost on the same level of their fighting skills and Jaycee Chan (son of Jackie Chan) is not to bad himself, just don't expect him to do anything like his father. Invisible Target also has one of my favorite underrated Martial Artist, Wu Jing, who has done some impressive work in his career and he doesn't disappoint here. He makes a great villain and it's disappointing that he doesn't get more roles that gives him a chance to showcase his talent. Invisible Target is predictable and nothing new in the Martial Art genre, but it still entertains thanks to a decent plot and great fight scenes. While too long for its own good you'll filled satisfied with the end result.

What a slick action ride, loaded with the next generation of Hong Kong martial arts superstars. This is loud, fast, action-packed, adrenaline pumping and explosive. I was suprised what I saw a young officer seemed very familiar to a famous Hong Kong superstar, then I found out what I believe he's Jackie Chan's son, Jaycee. He follows his father's footsteps as a supporting role in this Hong Kong film.

Cliche & Predictable, and suffers from logical flaws in the story and also unrealisticness

One of the first things that comes to mind when you hear of a movie by Benny Chan is Jackie Chan. This is exactly what this movie feels like. A 2+ hour Jackie Chan film without Jackie Chan.

The story is OK at best and is overshadowed by all the action. Unnecessary fights seem to delay the story from moving on at times, which is probably why the movie is as long as it is. There is not that much character development either, maybe except for Jaycee Chan's character. They try to throw in some humor as well and although the jokes are funny there were times where I felt that the humor was coming in at the wrong parts and left me not laughing.

If you are looking for action you have found the right movie. This is a Benny Chan movie, so you have loads of fights, stunts, and shootings. Not to mention the ever so popular repeating scenes from different angles to see the hits or the falls. While these are great to watch, they were a little over used in this film. Getting back to the action, the fights are nicely choreographed and when you have Wu Jing, of Sha Po Lang fame, performing most of the fights, it is soothing to the eyes. Still, when you have tons of explosions and fighting going on, you would expect a 2+ hour movie to go by like nothing. Well, it still felt like a 2+ hour movie. Enough said.

The acting is everything you would expect from a film like this. Good, but not great. Jaycee Chan shows that he is a much better actor than his dad, but not the better fighter. But it is alright since he mentioned that he does not want to follow in his dad's footsteps and become an action star.

Don't look for anything special in this film except for the fighting, stunts, explosions, and fighting because that is all you are pretty much going to get.