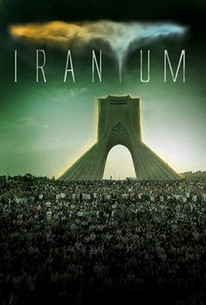 Examine the growing threat of a nuclear Iran through interviews with Middle East policy experts, prominent politicians, Iranian dissidents, and a number of other well-informed specialists in this eye-opening documentary. While the Iranian government claims that nuclear energy is their natural right, the majority of American politicians seem to have turned a blind eye to the brutal actions of the current regime against their own people. As the Iranian public expresses a growing desire to join the global community, the powers that be seem to close their doors to the outside world through reckless rhetoric and religious oppression. In this film, we witness the many possible outcomes should the Iranian nuclear genie get out of the bottle, and learn just why American politicians have been fighting a losing battle in their attempt to gain leverage over the Iranian government.

There are no critic reviews yet for Iranium. Keep checking Rotten Tomatoes for updates!

There are no featured reviews for Iranium at this time.