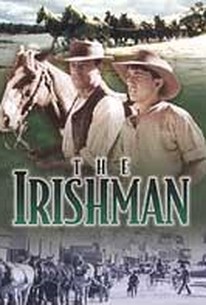 In Queensland, Australia in the 1920s, a rugged Irishman bucks the encroaching modern age to the detriment of himself and his family in The Irishman. Michael Craig plays Paddy Doolan, an individualistic force-of-nature who runs a team of imposing and impressive Clydesdale draught horses. With the internal combustion engine making inroads into the Australian outback, Doolan insists on ignoring the on-coming mechanical monstrosity and continues to put all his faith into his horse team. His recalcitrance tears apart his family -- consisting of his acquiescent wife Jenny (Robyn Nevin); his rebellious older son Will (Lou Brown); and supportive younger son Michael (Simon Burke). Refusing to give in to changing times, he not only ends up destroying his business and his family but himself as well. ~ Paul Brenner, Rovi

Lou Brown
as Will Doolan

There are no critic reviews yet for Irishman. Keep checking Rotten Tomatoes for updates!

There are no featured reviews for Irishman at this time.