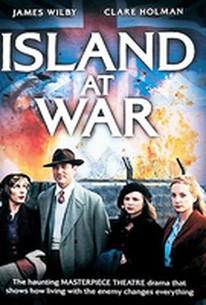 Spanning over six and a half hours, this U.K. television movie chronicles the harrowing experiences of the citizens of the Channel Islands during World War II. Produced for Masterpiece Theatre, Island at War is a fictionalized account of the five years spent under Nazi rule by the British inhabitants of St. Gregory island, a stand-in for the real islands that were subjected to the occupation. Directed by Thaddeus O'Sullivan and Peter Lydon, the film stars James Wilby and Clare Holman. ~ Matthew Tobey, Rovi

Critic Reviews for Island at War

... Island at War is reasonably absorbing but no great classic.

There are no featured reviews for Island at War at this time.