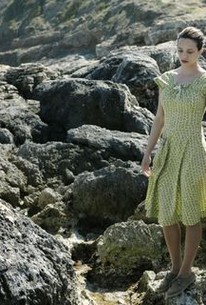 A stranger brings comfort to an unusual household but doesn't please his neighbors in this drama from director Stefano Chiantini. Ivan (Ivan Franek) is an undocumented immigrant from Eastern Europe who is in Italy looking for work to support himself and his father, who has a gambling addiction. When Ivan hears of work on a nearby island, he makes the trip only to be cheated and beaten by unscrupulous thugs. When all seems bleak, Ivan is befriended by Martina (Asia Argento), an eccentric woman who never speaks and lives with Father Enzo (Giorgio Colangeli), a compassionate priest who takes in misfits and transients. Despite his warm heart, Enzo has a harsh personality which has only gotten worse since he's been bedridden by a stroke. Enzo's sister Wilma (Anna Ferruzzo)) helps look after him, but he's certain she only wants to gain control of land he owns but uses only to keep bees, which are cared for by Martina. As Ivan becomes part of the priest's household, he helps make Enzo's life more harmonious and bonds with the normally shy Martina, but not everyone in the community takes so kindly to the stranger who is clearly not Italian. Isole (aka Islands) received its North American premiere at the 2011 Toronto International Film Festival. ~ Mark Deming, Rovi

There are no critic reviews yet for Isole (Islands). Keep checking Rotten Tomatoes for updates!

There are no featured reviews for Isole (Islands) at this time.