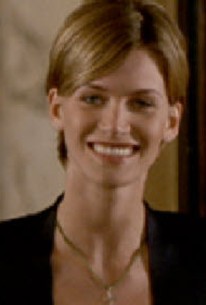 It Had to Be You Photos

Former NYC policeman and aspiring author Charlie Hudson (Michael Vartan) is about to marry into a wealthy family and is sent to a hotel near Central Park to spend the weekend without his bride-to-be finalizing plans for the big-deal wedding. He meets in the hotel elevator perky, trivia-obsessed Anna Penn (Natasha Henstridge), who is doing the same on the eve of her wedding. A few chance encounters later, the couple teams up to complete their chores -- and that's when Charlie realizes he's not in love with his career-driven future wife; He's in love with Anna. But is Anna in love with him? And if so, would they both leave their mates at the altar?

Hillary B. Smith
as Bulgari Salesperson

James A. Baffico
as Desk Sergeant

Critic Reviews for It Had to Be You

Unfortunately, though, Vartan and Henstridge neither have much chemistry nor do they really look all that interested in the movie they're in.

Audience Reviews for It Had to Be You

I am such a girl. I really thought that this movie was very romantic. There were some scenes that really choked me up, for example, that romantic scene at the fountain. Oh my gosh. Nice movie!

It Had to Be You Quotes