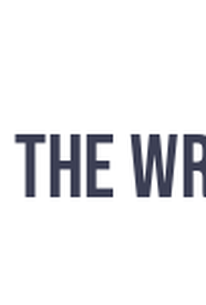 Jane Doe:The Wrong Face is one of several Hallmark Channel TV-movies starring Lea Thompson as Simi Valley housewife and mom Kathy Davis (Lea Thompson), who unbeknownst to her neighbors occasionally moonlights as an undercover special agent and "problem solver" for the NSA. Kathy is summoned by her NSA superior Frank Darnell (Joe Penny) to tackle the mysterious kidnapping of Caroline Raphaelson (Roxanna Zal), wife of crusading prosecutor Phil Raphaelson (John Rubinstein). No one ever saw anyone entering or leaving the room in the health spa from which Caroline, who'd been undergoing cosmetic surgery, was snatched. Still, the fact remains that a ransom demand has been made, said demand being that Caroline's husband arrange for the release of Ray Jackson (Michael Bailey Smith), a shady construction executive being held on a money-laundering rap. Complicating Kathy's investigation is Jackson's staunch insistence that he is innocent and that he completely disapproves of the kidnapping, and the subsequent disappearance of the 16-year-old girl who'd impersonated Caroline while the abduction was allegedly taking place. Jane Doe: The Wrong Face) was originally telecast on June 19, 2005. ~ Hal Erickson, Rovi

There are no critic reviews yet for Jane Doe: The Wrong Face. Keep checking Rotten Tomatoes for updates!

There are no featured reviews for Jane Doe: The Wrong Face at this time.