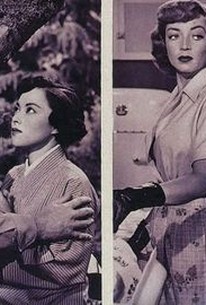 Filmmaker King Vidor does wonders with the unpromising material at hand in Japanese War Bride. Don Taylor stars as Jim Sterling, a Korean war officer who is wounded and hospitalized in Japan. Sterling falls in love with his Japanese nurse Tae Shimizu (Shirley Yamaguchi), eventually marrying her. Upon his return to the U.S., Sterling and his new bride face hostility, bigotry and uncertainty from all sides. Particularly venomous is his sister-in-law Fran (Marie Windsor), who conducts a vicious letter-writing campaign aimed at convincing Sterling that his wife is unfaithful. Produced independently by Joseph Bernhard, Japanese War Bride was released by 20th Century-Fox.

May Takasugi
as Emma Hasagawa

David March
as Man at Plant
View All

There are no critic reviews yet for Japanese War Bride. Keep checking Rotten Tomatoes for updates!

There are no featured reviews for Japanese War Bride at this time.