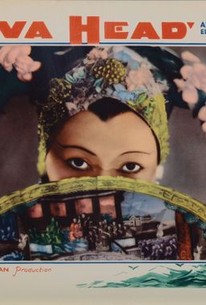 A heavy-breathing melodrama of the White Cargo school, Java Head was adapted from the novel by Joseph Hergesheimer. Anna May Wong stars as Tapu Xuen, a Chinese girl who becomes the bride of wealthy Englishman Gerritt Ammiden (John Loder). This mixed marriage earns Ammiden the cold shoulder from his society friends, but he remains faithful to his Chinese bride. Ultimately, however, Ammiden falls in love with one of his "own kind," Nettie Vollar (Elizabeth Allan). Realizing that her husband is too honorable to divorce her in favor of Nettie, Tapu does the "right thing" by considerately committing suicide. An earlier version of Java Head was filmed in 1923 with Leatrice Joy. ~ Hal Erickson, Rovi

Anna May Wong
as Taou Yen

The producers wisely have subdued the melodramatic elements in the interests of historical atmosphere. One thinks of the players, also, not as being Mr. This or Miss That In a new role, but as being characters of the period.

There are numerous hugely enjoyable performances.

So beautifully and sincerely played that it never for one jarring instant strays towards melodrama.

Although such excellent players as Edmund Gwenn, John Loder, Elizabeth Allan and Anna May Wong are among those present, they are seldom able to relieve the tedium of a windy and poorly accented script.

Mild and minor British drama, albeit with a surprisingly progressive view of interracial romance.

There are no featured reviews for Java Head at this time.