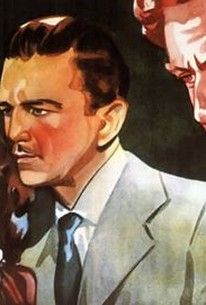 A bit "artier" than most Republic melodramas, Jealousy was directed by Gustav Machaty, the Czech expatriate famous for the 1933 exercise in erotica Extase. Nils Asther plays failed novelist Peter Urban, who is married to gorgeous Janet Urban (Jane Randolph). While trying to replenish the family coffers by working as a cab driver, Janet meets and befriends handsome physician David Brent (John Loder). Shortly afterward, a murder occurs, which is made to look like a suicide. Without tipping off too much of the plot, it's worth noting that Brent's associate is the bewitching Dr. Monica Anderson (Karen Morley) , and that such mysterious types as Hugo Haas and Mauritz Hugo are also in the picture. Jealousy was based on a story by Dalton Trumbo.

A rare arty melodrama from Republic.

There are no featured reviews for Jealousy at this time.