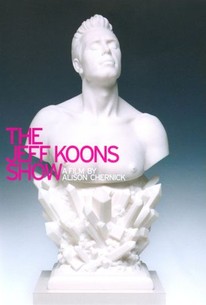 Few artists courted as much controversy during their lifetimes as Jeff Koons. Born in January 1955, Koons worked on Wall Street as a commodity broker before jumping ship, converting his SoHo loft into an art studio, and turning out some of the most audacious works of art in the late 20th century. Examples included balloon animals made of stainless steel with mirror surfaces, explicit photographs of himself and his porn star wife, and porcelain statues of Michael Jackson holding his chimp Bubbles. Unsurprisingly, some declared Koons a genius; others perceived him as a colossal fraud. But he reeled in such considerable wealth for his creations that he began to set records on the auction block. Koons, however, saw himself as the greatest living artist of the period. Documentarian Alison Chernick helmed this in-depth and occasionally comical biographical profile of Koons, which charts his unusual and remarkable career. The program includes interviews with such art world fixtures as Dan Cameron, Julian Schnabel and Jerry Saltz, each of whom turn up to comment on Koons.

There are no critic reviews yet for Jeff Koons Show. Keep checking Rotten Tomatoes for updates!

There are no featured reviews for Jeff Koons Show at this time.