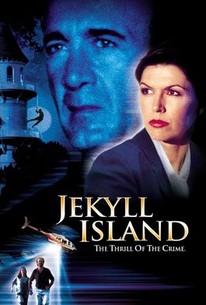 A master thief is pitted against a detective who learned all she knows from him in this thriller. Alex Madison (Don Mogavero) is a well-respected professor of criminology who puts his knowledge to practical use in his other job -- he's also the Phantom, a daring and very successful jewel thief. Lawton Goodyear (Brion James) is a senator from Jekyll Island, an island off the Georgia coast, and Goodyear is staging a very elaborate wedding for his eldest daughter. Madison learns that the gifts for the bride and groom will include a fortune in jewels, and he decides this could be the perfect heist for the Phantom. Madison finds an unexpected ally in Savannah (Olivia Burnett), Goodyear's younger daughter, as the Phantom tries to make off with jewels while Ronnie Fredericks (Finola Hughes), a federal agent who studied criminology under Madison, struggles to make good on her pledge to put the Phantom behind bars. Jekyll Island, which was shot on location at the real Jekyll Island in Georgia, also stars Everett McGill and Phil Morris.

There are no critic reviews yet for Jekyll Island. Keep checking Rotten Tomatoes for updates!

There are no featured reviews for Jekyll Island at this time.