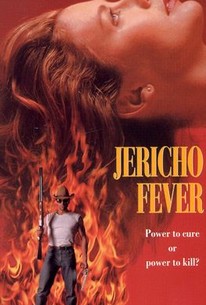 Stephanie Zimbalist and Perry King co-star in the made-for-cable Jericho Fever. The story concerns a group of Mexican terrorists, fleeing from the authorities by crossing the border into the US. What the terrorists don't know is that they're carrying a deadly virus. Zimbalist and King race against time to prevent an all-out plague. Jericho Fever debuted December 16, 1993, on the USA cable network.

There are no critic reviews yet for Jericho Fever. Keep checking Rotten Tomatoes for updates!

There are no featured reviews for Jericho Fever at this time.