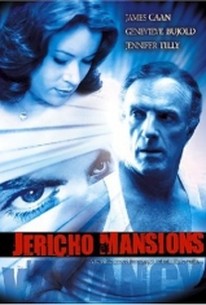 Alberto Sciamma's psychological thriller Jericho Mansions stars James Caan as Leonard Gray, the superintendent of the apartment building that gives the film its title. He has devoted his life to the building and to its many tenants; however, the denizens of the building begin to turn on him. A murder in the building leads to the police believing Leonard committed the crime. Leonard must figure out the conspiracy attempting to bring him down before it is too late. ~ Perry Seibert, Rovi

by the end, you'll be crazy too

A convoluted tale of murder in an old apartment building - the Jericho Mansions. Hard to believe actors like Genevieve Bujold looking older.