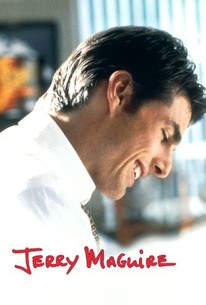 Jerry Maguire is a man who knows the score. As a top agent at Sports Management International, Jerry is unquestionably a master of his universe. Trouble is -- Jerry's mind, mouth and soul are usually on automatic pilot. He's good at friendship, but (as his numerous ex-girlfriends testify) bad at intimacy. Still, there's absolutely nothing wrong with Jerry that a sudden dose of failure can't cure. A week after spontaneously writing a stirring, visionary mission statement for SMI entitled 'The Things We Think And Do Not Say: The Future of Our Business,' he's unceremoniously fired. Stripped of his job and a good measure of his identity, the tenacious but hanging-by-a-thread Jerry is forced to start from scratch. He's joined on his journey to redemption by two unlikely allies: Rod Tidwell, a second-tier wide receiver for the Arizona Cardinals; and Dorothy Boyd, a wistful 26-year-old single mother who departs her accountancy position with SMI for a very uncertain future with her new boss.

Todd Louiso
as Chad The Nanny

Jerry Cantrell
as Jesus of CopyMat

Andrea Ferrell
as Woman in Elevator

Anthony Natale
as Man in Elevator

Roy Firestone
as Himself

Al Michaels
as Himself

Dan Dierdorf
as Himself

Frank Gifford
as Himself

Mel Kiper
as Himself

Jeffrey Lurie
as Himself

Drew Rosenhaus
as Himself

Richie Kotite
as Himself

Tim McDonald
as Himself

Mike Tirico
as Himself

Wayne Fontes
as Himself

Evelyn Fontes
as Herself

Mike White
as Himself

Johnnie Morton
as Himself

Rick Mirer
as Himself

Drew Bledsoe
as Himself

Rob Moore
as Himself

Ki-Jana Carter
as Himself

Herman Moore
as Himself

Art Monk
as Himself

Troy Aikman
as Himself

Katarina Witt
as Himself

Dean Biasucci
as Himself

Warren Moon
as Himself

Kerry Collins
as Himself

Erica Sorgi
as Herself

Tom Friend
as Himself

Dallas Malloy
as Herself

Jim Irsay
as Himself

Meg Irsay
as Herself
View All

On the jock front, Gooding is so believable in his role as Jerry's selfish, pea-brained, wide receiver client that the Dallas Cowboys might consider signing him to complement Michael Irvin.

Cruise brilliantly portrays a man on the brink of losing his marbles and his grip on reality as he knows it: he's hilarious, sad and desperate but still seems charming in this 1996 movie.

Zellweger's rumpled, anti-star quality plays in perfect contrast to Preston's buff and polish. She redeems Jerry Maguire and Tom Cruise, too by making him human again.

I like Crowe's movies; I mostly enjoyed this one.

Cruise is very good in small moments with Dorothy's son, played charmingly by Jonathan Lipnicki, but in some of the bigger scenes his performance is so wrong-headed you can't imagine what he was thinking.

Cruise gives perhaps his most appealing performance ever in what is arguably his best movie.

The dialogue is superb, bringing these relatable characters and their grounded situations an extraordinary sense of authenticity and hilarity.

Jerry Maguire offers the best of both worlds: romance and sports.

Danielle Solzman
Solzy at the Movies
View All Critic Reviews (88)

The narrative feels a bit long and could have certainly been shorter, but Crowe carries out this well-written, superbly-edited romance/character study with a lot of honesty and talent, relying on fantastic performances by Tom Cruise, Cuba Gooding Jr. and Renée Zellweger.

Cameron Crowe's films always seemed to have a certain, personal atmosphere that emphasizes on human emotion, and its characters. I find his work to be quite underrated, and manage to always make some great, entertaining movies that have great meaning. With Jerry Maguire is a great film that boasts a well crafted story, and has some great performances from its lead actors, Tom Cruise and Renee Zellwegger. The film has some effective comedy elements mixed in with its dramatic elements, and add to that some great performances and engaging story, and you have a film that memorable from start to finish, and is one of Cameron Crowe's best films. I was skeptical about seeing this film, and I never wanted to really give it a chance, but I'm glad I did. Tom Cruise does some great work, and makes the film what it is. This film surprised me, and definitely exceeded my expectations. If you enjoy Cameron Crowes work, then you're going to enjoy this film. The story is well crafted and highly engaging from start to finish. Every actor here delivers top notch performances that make the film what it is. Jerry Maguire successfully blends two genres into film, effective comic relief and great dramatic moments rounds out the film to make something very enjoyable and is a movie well worth your time if you' want something humorous , yet serious at the same time. This is a near perfect film, one that is directed by a director who knows how to make terrific drama films because he makes them in a way that is quite personal, and it succeeds on many levels.

Having Humour, Romance, Drama and Sports all wrapped up into one breathtaking film, has never been established any better than the way that "Jerry Maguire" does it. Tom Cruise plays a business working in the sports industry. Once he finds himself in a rut, not sleeping and not gaining specific revenue, he quits his job to hold on to his last money-making opportunity, as the manager Rod Tidwell (Cuba Gooding Jr.). As he falls in love, meets new people, and falls apart many times over again, this film has many happy moments, along with many sentimental moments. There are powerhouse performances given by the entire cast, and a particular performance by Tom Cruise that I shall not easily forget! "Jerry Maguire" not only has heart, conviction, and it's own "stamina," but it tells a dry story as if it were the first time it had ever been told. This is one of the greatest films of all time in my book, and will be forever. This is a true classic!