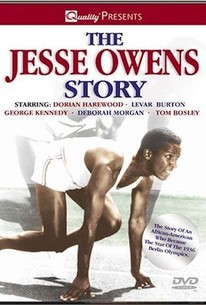 This made-for-TV biography looks into the effects of sudden fame upon Olympic track-star Jesse Owens. Not all of the effects were positive and Owens was not always a paragon as he tried to deal with losing control of his life, and the racial attitudes he had to face.

There are no critic reviews yet for The Jesse Owens Story. Keep checking Rotten Tomatoes for updates!

There are no featured audience reviews yet. Click the link below to see what others say about The Jesse Owens Story!