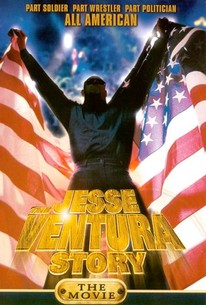 Where else but Minnesota, a state that has brought us creative minds as diverse as F. Scott Fitzgerald, Garrison Keillor and Paul Westerberg, could a man like Jesse "The Body" Ventura be elected governor? The Jesse Ventura Story follows the inarguably remarkable career of its title character (played by Nils Allen Stewart) as he overcomes an unhappy childhood and strained relationship with his father to find success as a Navy SEAL, a bouncer, a bodyguard, a disc jockey, a professional wrestler and a second-string action movie star, concluding with his most remarkable feat to date: winning Minnesota's 1998 gubernatorial race as a third-party candidate. Produced for NBC television, The Jesse Ventura Story was a model of production efficiency; it was first aired in May 1999, a mere six months after the real life Ventura won the Minnesota election, with Toronto standing in for the Twin Cities.

Bill Goldberg
as Himself

Chris "Kanyon" Klucsarits
as Himself

There are no critic reviews yet for The Jesse Ventura Story. Keep checking Rotten Tomatoes for updates!

There are no featured reviews for The Jesse Ventura Story at this time.