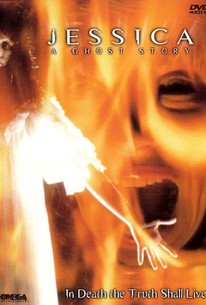 In this shot-on-video tale of terror, a woman named Jessica is murdered, and after three months, her husband Dan and his brother John are still dealing with the loss. However, as they try to become accustomed to the notion that Jessica isn't around anymore, suddenly she is -- Jessica's ghost begins to haunt their home, with John brought to the brink of insanity and Dan desperate to know what has brought back the spirit of his late wife. Jessica: A Ghost Story co-stars Patricia Blem, Karen Trumbo, Paul Nixon, and Hank Cartwright.

There are no critic reviews yet for Jessica: A Ghost Story. Keep checking Rotten Tomatoes for updates!

There are no featured reviews for Jessica: A Ghost Story at this time.