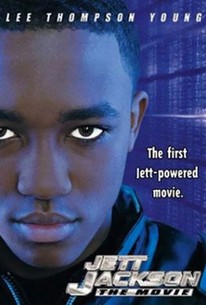 In this spin-off from the popular Disney Channel series, a young actor crosses the line between reel life and real life. Jett Jackson (Lee Thompson Young) is an ordinary kid with a not-so-ordinary part-time job; when he's not busy with school, he's the star of a TV adventure series, in which he plays "Silverstone," a gadget-savvy teenaged action hero. Jett has started to wonder if he's really cut out for the demanding life an actor when, while filming a scene, he's hit with a jolt of electricity from a prop on the set, and he suddenly finds he's been thrown into an alternate universe where he really IS Silverstone. As Jett tries to figure out how he got there and how to get back, he has to play hero and try to save the world from brilliant supervillain Dr. Kragg (Michael Ironside).

Tony Munch
as The Rat

Joe Bostick
as Carpenter
View All

Director Shawn Levy does a nice job of providing the action with a minimum amount of aggression, an approach most impressively executed in an imaginative, meticulously choreographed playground fight sequence.

A high concept body swap movie that blurs lines between reality, fantasy, and dreams, this is an ambitious slice of children's science fiction.

It's a rousing end.

There are no featured audience reviews yet. Click the link below to see what others say about Jett Jackson: The Movie!