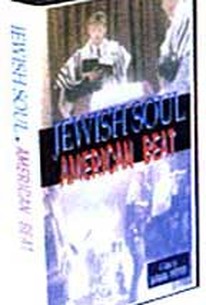 This program takes a lighthearted look at how modern Jewish culture continues to develop and be challenged in America. It was well-received when it was shown during several film festivals, including ones held in 1997 in both Washington D. C. and San Diego. In 1998, it also received high praise when it was included in a festival in Denver. Interviews with Arthur Hertzberg, Tony Kushner, Cynthia Ozick, Rabbi Alexander Schindler, John Zorn, and others provide helpful insights into modern conflicts and debates. Questions about whether Jews should marry non-Jews are addressed, though other segments of the film are simply designed to share Jewish cultural traditions. Viewers will see a Yiddish Cabaret, scenes from a jazz club, and a rather modern, feminist Seder.

There are no critic reviews yet for Jewish Soul, American Beat. Keep checking Rotten Tomatoes for updates!

There are no featured reviews for Jewish Soul, American Beat at this time.