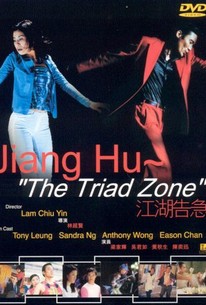 In this action-comedy, which pokes fun at the conventions of Hong Kong crime movies while following them at the same time, Tony Leung Kar-Fai plays Jim Yam, an underworld kingpin whose days in the Mob appear to be numbered after he narrowly escapes an attempt on his life. Deciding he'd rather be the hunter than the prey, Jim sets out to wipe out his enemies before they can wipe out him, though it turns out to be more complicated than he imagined. Gongwu Gogap also stars Sandra Ng as Jim's wife, with their sometimes-stormy relationship providing a subplot.

There are no critic reviews yet for Jiang Hu: The Triad Zone. Keep checking Rotten Tomatoes for updates!

There are no featured audience reviews yet. Click the link below to see what others say about Jiang Hu: The Triad Zone!