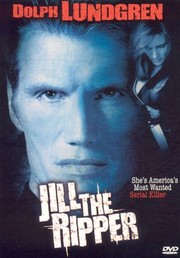 Super Reviewer
Martin S
½ January 19, 2011
sick...FREAKS! I can't take Dolph Lundgren serious...all I see is Drago....and I was not informed that I had to see him hanging upside down with a bare butt

Ross M
½ March 9, 2010
Mystery/ thrillers are so hard to pull off, especially when the script and the film feel like they should have been released back in the late eighties. Jill Rips is Dolph Lundgren's foray into the genre, and needless to say, there were a few snags that prevented success.
In Boston, two children are playing on their own and discover a body floating in the water. Flash forwards to Boston in 1977, another body has been discovered, and it happens to be the brother of Matt Sorenson (Lundgren). Sorenson, a former police officer, is back in town not only for the funeral of his brother, but also to find the people that killed him. While in town, he discovers his brother's wife, Irene (played by Danielle Brett) living with his mother. While on his path to discovering who really killed his brother, Matt uncovers the dark world of latex, bondage, and S&M his brother was into, and finds some interesting things about Irene.
There really isn't anything that I can praise about this film. With a story coming from the pages of what could easily be a tamed down Cronenberg film, Jill Rips provides little to no excitement for the viewer involved. The only reason this managed to hold my attention was that I had just watched Joshua Tree (the equivalent of taking No Doze after drinking three bottles of Dew) and needed something a little more subtle. Sadly, I guessed the ending the minute the killer walked on screen for the first time (which is about five minutes into the film), and so I spent the rest of the time watching the story further turn to more and more 80's cliches. Ex cop doing better work than the actual cops, check. Twist ending that "no one" would see coming, "check." Current cop helping out former cop by bending the rules, check. Jeez.
I honestly think that if the script wasn't good enough to be made into a film back when Cronenberg was making his crazy films, like Videodrome, then it should have just been left alone.
Overall, Jill Rips is an anti-climatic "Thriller" that a 5 year old could figure out the ending to without much effort. The acting is dull, the story is dull, and the entire S&M thing was done about thirty times better by David Cronenberg in Videodrome. Watch only if you're a die hard Dolph Lundgren fan.

Super Reviewer
Jani H
March 30, 2009
I've always liked Dolph Lundgren, in a way. He had the potential to become an action star in the same category as Stallone, Van Damme but he just has failed too many times in his role decisions.

Lundgren does a pretty good job but everybody else involved are just plain terrible. This film features probably one of the worst performances in the history of cinema. Victor Pedtrchenko is a name that really should be erased from everything he's involved in.

"Jill Rips" was another bad decision by Mr Lundgren. The film tries to be something that it never could've even been, serious and intelligent. In the end it's nothing more than a shallow and predictable B-movie.

Robyn Z
January 10, 2009
Not one of Lundgren's best movies by far. It's entertaining but easy to predict the outcome.

Jason B
October 17, 2007
if you were on a quest to see the worst film possible, this would be a good start. don't ask me how I ended up with this. who is the girl on the front cover?

Tim B
June 24, 2007
Considering the premise, you'd think it wouldn't be so damn boring. But it somehow manages to do so.