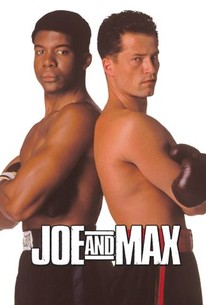 In the 1930s and '40s, the rivalry between Joe Louis and Max Schmeling was one of the greatest in the history of professional boxing. Louis was one of the first African-Americans to win the Heavyweight championship, and he was a great symbol of hope and achievement for blacks before the advent of the Civil Rights Movement, while Schmeling was a German who many Nazi supporters cited as an example of the innate superiority of the Aryan race. However, what few people knew is that despite their rivalry in the ring, between bouts Louis and Schmeling were good friends, and that Schmeling was not only never a member of the Nazi party, but spurned the attention of Adolf Hitler and helped save the lives of several Jews during the Nazi pogroms. Joe and Max is a made-for-cable drama based on the true story of the friendship of Joe Louis (played by Leonard Roberts) and Max Schmeling (Til Schweiger), and Schmeling's secret heroism during World War II. The supporting cast includes Peta Wilson, Richard Roundtree, and Bruce Weitz.

Til Schweiger
as Max Schmeling

Critic Reviews for Joe and Max

There are no critic reviews yet for Joe and Max. Keep checking Rotten Tomatoes for updates!

Audience Reviews for Joe and Max

Good movie for a low budget film...of course I enjoy movies about boxing AND Nazi Germany, so that helped quite alot.