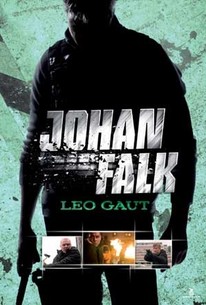 A violent pub war has broken out in Gothenburg, and when a restaurant owner's car explods outside a primary school, GSI's director Patrik Agrell (Mikael Tornving) thinks the criminals crossed a line, especially since he just left his children in the same school. When Patrick's colleague Johan Falk (Jakob Eklund) realizes that one of the restaurants who have been subjected to threats is owned by a certain Leo Gaut (Peter Andersson), a gangster who John put behind bars ten years ago (in the film ZERO TOLERANCE), he resumes his contact with the now law-abiding Leo for more information.It is the start of a series of tough deals and reprisals in which both John and Leo, and their families, are faced with difficult decisions without mercy.Johan Falk - Leo Gaut is a realistic, tough and intense thriller that follows both the police elite unit GSI and the hardest criminals in Gothenburg. The film is the fourth of six in the new series of John Falk. The working methods GSI uses in the series are authentic and belong to the daily lives of real groups for specific activities.

There are no critic reviews yet for Johan Falk - Leo Gaut. Keep checking Rotten Tomatoes for updates!

There are no featured reviews for Johan Falk - Leo Gaut at this time.