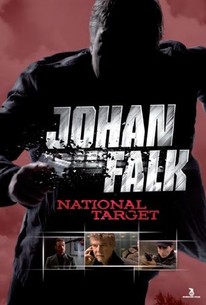 Johan Falk (Jakob Eklund) and his colleagues at Gothenburg police elite unit GSI is in the middle of a raid confiscating Estonian amphetamine when they suddenly realize they have a mythical leader of the Russian mafia to deal with. Few have seen him and even fewer know what his name is. He is only known as "Mr. K". Johan's infiltrator in Gothenburg gangs, Frank Wagner (Joel Kinnaman), sends out the message that he wants to do business with someone who can deliver large quantities of pure amphetamine. And suddenly France is in his worst nightmare ever, when he realizes that he is infiltrating Europe's most dangerous Mafia, the Russian-est, consisting of ex - KGB officers ...Johan Falk - NATIONAL TARGET is a realistic, tough and intense thriller. The title alludes to the term used also by Swedish police for a criminal who is a top priority for a country to fix. The film is the third of six in the new series of John Falk. The working methods GSI uses in the series are authentic and belong to the daily lives of real groups for specific activities.

There are no critic reviews yet for Johan Falk - National Target. Keep checking Rotten Tomatoes for updates!

There are no featured reviews for Johan Falk - National Target at this time.