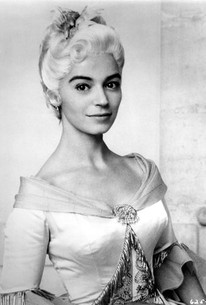 This expansive spectacle chronicles the adventures and life of the title 18th century naval hero who played a key role in the Revolutionary War. Ironically, at the time, his contributions were not always appreciated by the beleaguered new US government. After the war, the Congress shows their displeasure with Jones' constant badgering about maintaining a powerful navy by sending him to Russia to assist Catherine the Great (Bette Davis in a brief but arresting cameo). The courageous Jones (Robert Stack) does his best and saves the Queen in a series of battles on the Black Sea. Jones then returns to his home in France to meet his final destiny. Look for a very young Mia Farrow, daughter of the director John Farrow, in her feature film debut.

There are no featured reviews for John Paul Jones at this time.