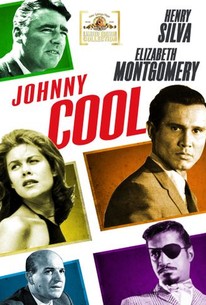 Bloody and extremely violent, this crime drama features an all-star cast as it tells the tale of an American mafioso who is deported to Sicily. There he launches a transatlantic vendetta against those responsible for his exile. To execute his plans, the gangster employs the aid of a strapping young Sicilian punk whose life the crime lord saves. In return for his gesture, the crook turns the youth into a single-minded killer and sends him to America. Once there, the blood-bath begins. When not killing, he falls in love with and marries a wealthy divorcee. The thug's reign of terror becomes threatened after rival gangsters nearly beat his new bride to death. The beating alerts the FBI and begin pursuing him. Meanwhile his wife realizes that she is married to a homicidal maniac and finally decides to turn him in. This results in even more bloodshed.

[Sammy Davis Jr., Joey Bishop, and Mort Sahl] have been dragged in as a desperate attempt to camouflage a low budget melodrama that would otherwise be remarkable only for its dogged avoidance of anything unusual.

Joseph Landon's script has more holes in it than a Swiss cheese but he stuffs most of them with action and director William Asher cuts the action in thick slices.

Henry Silva... makes a strong bid for stardom on his own with this rousing crime melodrama reminiscent of the gangster films which flourished in the 1930-40 period.

It relies on its implausible brutal action scenes to provide most of the entertainment.

Johnny Cool is a bloodbath that never seems to stop.

Brutal tale especially for a 60's flick but interesting with an unusual role for Elizabeth Montgomery who looks great.